At the height of the coronavirus pandemic, health professionals worked tirelessly on the front lines of fighting the virus in Brazil and around the world.

With the first case of the disease recorded in the country, at the end of February 2020, most of them had no idea that they were about to live the most difficult moment of their career, with one goal: to save as many people as possible. possible.

Amid the chaos in the world, professionals witnessed many scenes that marked the tragedy caused by the Covid-19 virus. Learn the stories of four servers during the chaos of the pandemic. 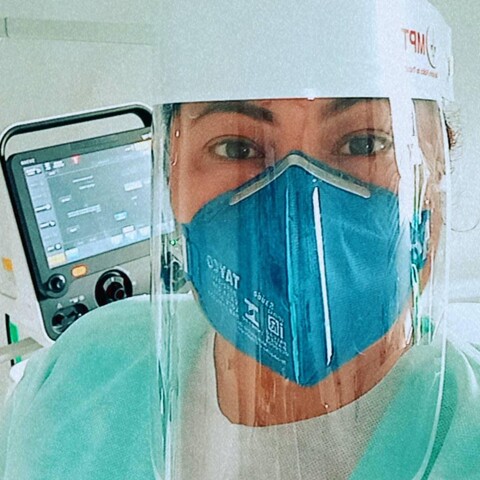 Physiotherapist Elciane Martins Pinheiro, who has worked on the front lines at the regional hospital in Ariquemes municipality and at the Porto Velho Campaign Hospital, says she has had moments of fear, anguish, crying and feelings of impotence. These are feelings known only to those who worked on the front lines, fighting an unknown virus. It was terrifying to see this disease kill so many people. Every colleague who died from the virus, we were more afraid because it could be any of us,” he said.

The pandemic has overwhelmed professionals with physical and mental exhaustion. “Looking at all this, I started getting anxious, couldn’t sleep, and when I could, I dreamed that I was in the hospital. But everything passed, and little by little we adapted, and what made us happy was the rehabilitation of young adults and especially seeing old people in their 70s, 80s and 90s coming out of intubation Alive. That made us so happy,” says Elciane. 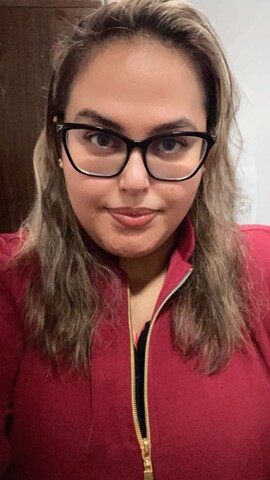 High demand and loss of many lives

Doctor Evelyn Ferreira Borda worked in the Basic Health Unit, located in the Caladino neighborhood, south of Porto Velho. She details that 2021 was a year full of emotions, fears, fears and often frustrations. “I remember a case where I was treating a patient in the unit, where there is not enough emergency support. So we were one afternoon with 24 patients and there were only two doctors. The unit was full of patients. On that day we had four or five emergencies, sick patients restless Breathing, unsaturated, feverish, as we needed oxygen and only had three O2 balloons, the doctor recalls.

It also says that on the same day, it was necessary to call a team from Samu to transport patients to the emergency unit. In addition, patients waiting for a consultation complained of late appointments because we were with these patients in a critical condition. It was a busy afternoon, for fear that one of these patients was going into cardiorespiratory arrest, and we didn’t have much to do until the ambulance arrived for transport. I later learned that one of these patients had died. I have lost many patients in my coverage area to this terrible disease,” highlights Evin Ferreira. 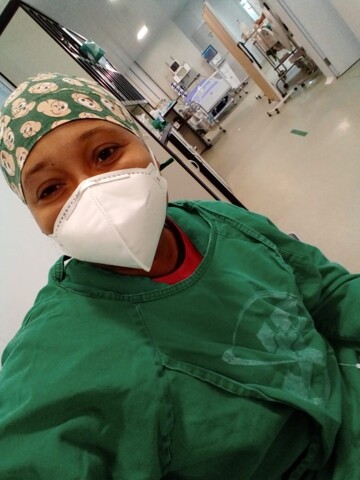 A patient with Down syndrome and another asked for the anthem

Fabiola Gomez da Silva, a nursing technician, also worked tirelessly on the front lines in the Medical Intensive Care Unit (AMI). “One of the moments that shocked me the most was the death of a 23-year-old who had Down Syndrome and was very obese. He was 4 years old. He had to be intubated, he was in hospital for a few days, he didn’t fight back and he died. He was sick and I got attached to him. I took care of him professionally, I learned the true meaning of caring and giving to someone,” Fabiola recalls.

Another important moment for the nursing technician was the intubation of an elderly woman. “I asked to hear a hymn and to hold my hand. Throughout the procedure on her, I stayed hand in hand with her and felt the presence of God. I had to be strong, because at that moment the lady put great faith in me, but unfortunately she died,” says Fabiola Gomez.

During the time she served on the front lines in Covid ICU, nurse Kelly Cristiane da Silva also went through hard times, many of whom were in great distress, as were the other professionals who struggled with all their might to save lives. “One of the most memorable moments is the case of an elderly woman who has spent more than 30 days in the intensive care unit, many of them are in a very serious condition, have recovered and been discharged from hospital, discharged, talking, getting to know the whole family and all the staff who helped in your recovery “.

Another moment that Kelly Christian experienced, which marked her career, was the admission of a friend to the intensive care unit. “He had cardio-respiratory arrest on the day of my shift. I did all the necessary procedures, tears were in my eyes, I fought bravely as I have always done with all my patients, but this had a history of friendship, unfortunately after one hour of maneuvers we lost him due to the Corona virus” , He said.

See also  Paulo Capel warns defenders of SUS: Now is the time. Either we open our eyes to occupational issues, district administration, OSS and health plans, or SUS will be swallowed up. 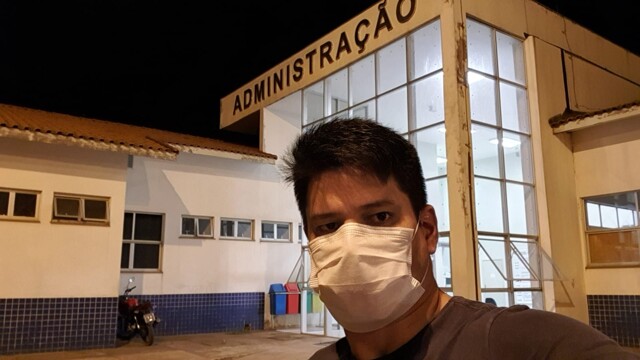 Professionals cry in the corridors

During a period when infections and deaths from complications from the virus were on the rise, Doctor Maxwendel Gomez Batista served as Technical Director of CEM, Ana Adelaide Polyclinic and Center Hospital de Campanha. “It aimed to train clinicians and provide support in complications and procedures in critically ill patients. I worked in the ICU in João Paulo II, and I had some experience with it,” he explained.

But as a virus unknown around the world, Maxwendell was also afraid of the aggressiveness of Covid-19. “In the 14 years I have worked in ICUs, I have never experienced such strong scenes as this period. In support of doctors, many times I have seen our specialists crying in the corridors and a lot of grief around me. All of this happened while our family members were also sick and we were in The front lines: “It looked like a war scene,” he said.

Today, looking back, and assessing him in a panoramic manner, the doctor said he sees how traumatizing the world has been. “I lost some of my co-workers, who left their families at home to save other lives. It’s hard to get something positive out of this experience. What I learned from this is that we are so vulnerable and that the little things are the things that make sense, family and friends. Being alive. Living and healthy to go on is a privilege that some have not. I hope this experience will bring us a new perspective on humanity for our society,” concluded Dr. Maxwendel Gomez Batista.